Closing the Gender Gap on Land in the IGAD region

“We found out that there are high levels of gender inequalities on land, and women tend to be more marginalised,” said Ms. Joselyn Bigirwa, Gender and Land Expert, IGAD Land Governance Programme, as she started her talk, which covered gender gaps and the IGAD Regional Women’s Land Rights Agenda. She was speaking at the IGAD Gender and Resilience Knowledge Share Fair held on 16-18 September 2021 in Bishoftu, Ethiopia. 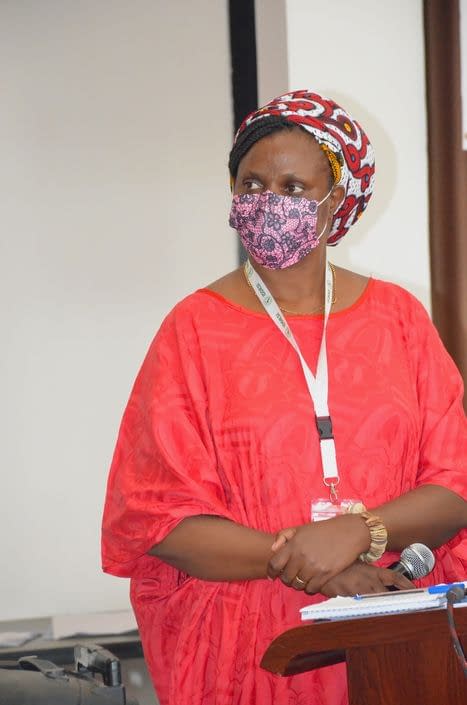 Bigirwa was referring to gender equality and land assessment undertaken by the Land Governance Programme. The findings showed that women’s land rights and property rights remain a challenge across the IGAD region. On average women own less than 10% of the registered land in the IGAD region, yet land is a key resource in agricultural production with over 50% of the population in the region employed in agriculture being women.

The assessment identified gaps in the formulation of policies and legislation as well as their implementation; instances of multiple legal systems in which progressive constitutions and legislation were in conflict with discriminatory customary laws; and male-dominated land administration and governance, which resulted in low representation of women in decision making.

Therefore, Bigirwa called on all stakeholders working on development and resilience to make use of the Land Rights Agenda in their programming and advocacy. She informed them that the collection of gender and land toolkits, manuals and handbooks that had been developed would be an important resource for improved gender mainstreaming. She also invited all interested participants to join the women and land community of practice.

The IGAD Gender and Resilience Knowledge Share Fair was held on 16-18 September 2021 in Bishoftu, Ethiopia under the theme Good Practices in Mainstreaming Gender in Cross-Border Resilience Interventions in Karamoja and Mandera Clusters (IGAD Cluster I and IGAD Cluster III).

The share fair was held in response to a gender analysis of the IGAD Drought Disaster Resilience and Sustainability Initiative (IDDRSI), which revealed that gender-based roles, identities and attributes deepened the vulnerability of women and girls to climate-related shocks. The analysis identified capacity gaps in the understanding and appreciation of gender inequalities in IDDRSI, and by extension the ‘know-how’ to address them. The fair therefore aimed to promote an exchange of knowledge and good practices to improve gender mainstreaming in resilience interventions.

IGAD acknowledges the financial and technical support provided by the Governments of Sweden, the European Union Trust Fund through GIZ and the World Bank-funded Regional Pastoral Livelihoods Project; as well as the contributions of IGAD Member States and non-governmental partners.