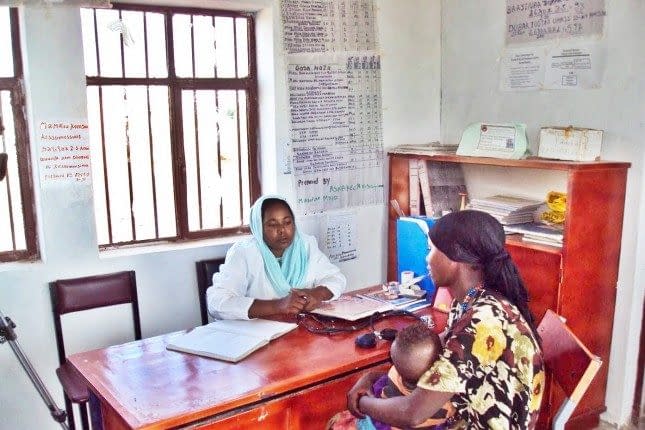 A community-driven approach to development has enabled communities to successfully prioritise and implement education and health interventions in Gube, Mengea and Mawuda kebeles in the Afar region.

The third phase of the Pastoral Community Development Project (PCDP III) has been working to improve access to community demand-driven social and economic services for pastoralists and agro-pastoralists of Ethiopia. The project emphasises community involvement through participatory planning, community investment funds, self-monitoring and learning. In the Afar region of Ethiopia, this approach has enabled communities to successfully prioritise and implement education and health interventions.

Gube and Mengea kebele is one of the project kebeles under Aba’ala woreda. Before the PCDP project was started here, there was no standard primary school in the area. Children got their education under tree shades, in makeshift structures constructed using local materials. They had no desks, they sat on the ground or on stones, and used their laps as support to write in their exercise books. The rooms were exposed to direct sunlight, wind and dust particles.

Eighteen-year-old Deressa Abdu is an 18-year old Grade 8 student in the school. This past period of his school life fills him with bad memories. He says that many students suffered from common colds, flu and trachoma. One of his closest friends still has serious problems with his sight and has not yet learnt how to read properly. Teachers were not comfortable and as a result, they frequently transferred to other schools. Children from well-to-do families moved to Aba’ala City to attend better schools. Fifteen-year old Median Hussein, who is in Grade 7, fully agrees with Deressa. She says that the previous school was uncomfortable for the students.

During the community action preparation in 2007, the community in Gube identified construction of the school as the primary priority. Through consultations with the community and approval of the woreda cabinet members, the kebele was selected and approved as one of the first round beneficiaries of PCDP III. The community contributed 15% of the cost of construction in cash, materials and labour. The Parent-Teacher Association was reorganised so that it could make and implement the plans required to sustain the management of the school.

The newly constructed school adheres to the standards of the Ministry of Education. It has four classrooms with a capacity of a total of 300 students and an administrative room. 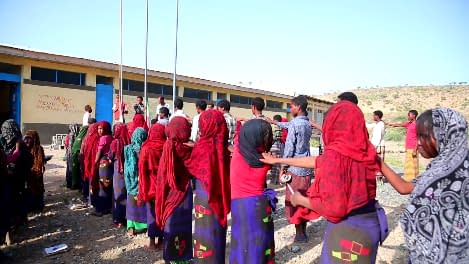 Fifty-year-old Ato Mussa Ali is a member of the Parent-Teacher Association of the school and has also served as the chairman of the kebele for 28 years. According to him, the construction of the new school completely addressed the priority needs of the community. He is grateful that the students in the community will henceforth be able to go to school and get an education without difficulty.

Students are eager to go to school. At the time of the interview, eighteen-year-old Kedir Mussa, who is in Grade 7, could hardly wait for the schools to open so that he could start the new term in the newly constructed classrooms. He is not the only one. He says all the students in the surrounding area are filled with excitement. Even his friends, whose families had sent them to Aba’ala City, are planning to come back to the local school.

In Mawuda sub-kebele, a participatory community action planning identified construction of the human health post as the most urgent priority.

Malaria and waterborne diseases are the most common problems in the area. Before the intervention of PCDP III, the communities in the surrounding areas travelled a distance of between 45-105 kilometres to get medical services around Aba’ala or Mekelle cities. During health emergencies, it was difficult for the community members to get patients to hospital on time.

Mawuda health post is located 12 kilometres from the Erebti woreda in Mawuda sub-kebele, Lea’ad kebele. The total population of the kebele is estimated to be 6,470. 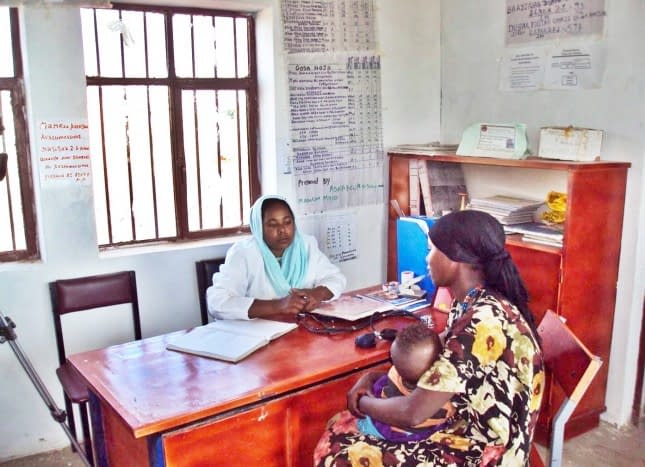 Patients being attended to at the new health post. Photo: PCDP III/Abera Aba.

The community members deposited a 5% cash contribution before the construction started. They collected and transported like stones, sands and water. They also provided labour for the actual construction. The health post was completed within 90 days. The works officer in charge of the construction says that the speed with which the works were completed is due to the community’s involvement.

The completed health post is directly benefitting 3,500 people who live around this area. Most of the patients are children and women. It now takes only 5-30 minutes for patients to get medical attention. This has reduced the cost and burden of seeking health care for the residents of Mawuda sub-kebele.

The PCDP is a 15-year project implemented in three phases with the support of the World Bank and the International Fund for Agricultural Development. The project focuses on the implementation of effective modules of public service delivery, livelihood diversification and investment in disaster management. The project operates in the arid and semi-arid regions of Somali and Afar as well as in the pastoral areas of Oromiya and SNNPR.