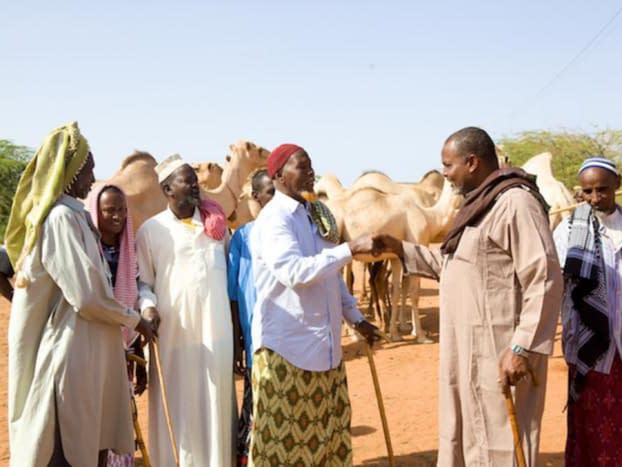 The informal crossborder trade (ICBT) policy framework seeks to leverage policy and regulatory shifts in ICBT as a viable means to transform the lives of millions of people living in the borderlands of the IGAD region and promote peace and stability crossborder areas. It seeks to enhance the integration of the Horn of Africa and, at the same time, reduce the incidence of cross-border instability and conflict. Through IDDRSI IL project funded by USAID, a virtual meeting was organized on 5th August, 2020 to create awareness on the same to the public and private sectors.  Dr. SJM Munyua, the Director of ICPALD made a welcome remark and Vincent Githinji, on behalf of the Director of Livestock Production, MoALFC made opening remark. They informed participants that awareness on ICBT and CBSG to traders as well as the public sector is of paramount importance if the member states will be able to turn informal trade into formal. Majority of traders engage into informal trade due to inadequate knowledge of what formal trade entails, mostly fueled by cartels who want to fleece those small scale traders engaged in crossborder trade. Fifty-nine participants invited from border officials, traders of livestock and staple grain, customs, national bureau of standards, East Africa Trade Mark and border security personnel, CEWARN, ICPALD and USAID attended the meeting. The following recommendations were made: