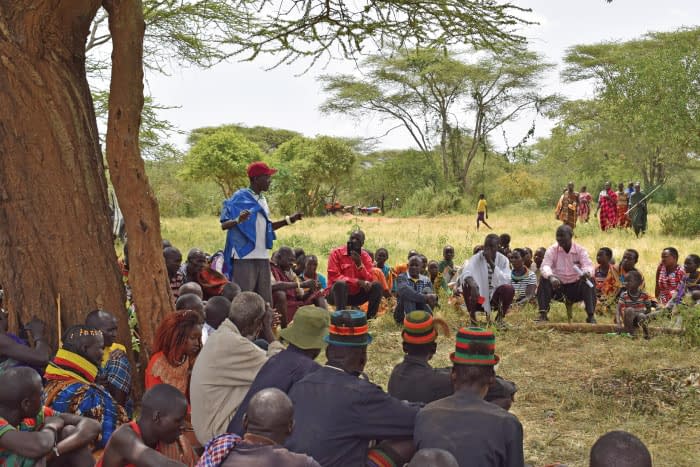 The RASMI program has supported four inter-governmental meetings between the administrations of Ethiopia’s region 5 and Banisa sub-county in Kenya to bolster cross-border security, cooperation, and networking. Through these meetings, the two administrations have gotten acquainted and now regularly interact through follow-on meetings and phone conversations. This close collaboration has yielded several benefits, including strengthening ties between the Gare and Degodia communities and developing a protocol, dubbed the Kiliwahiri protocol, on 7 April 2018 that governs cross-border interactions. In one of these meetings, a committee of 30 individuals—15 from either side of the border—was constituted to monitor the implementation of the protocol. Membership to the committee includes 10 administrators from both Kenya and Ethiopia and 20 community members.

The protocol outlines the process that cross-border communities should follow in accessing the international border for water and pasture. It states that the communities visiting must adhere to and respect the host country laws. The community or individual that intends to cross the border should contact their area chief and get a letter detailing the number of livestock and people to cross the border and the duration of stay in the neighboring country. This letter is then taken to the Deputy County Commissioner (DCC), who communicates to his counterpart in Ethiopia to expect the visitors. Those crossing are prohibited from carrying illegal firearms and may not cut down trees or poach wildlife.

To date, the protocol has been employed by Mubarak community in accessing water from Eymole location in Kenya during the recent drought season. On three occasions, the protocol has led to the apprehension of criminals across the border and repatriation to their home countries to face justice. In December 2018, a herder from Ethiopia crossed to Banisa with an illegal firearm and was apprehended by the Kenyan administration, which communicated with the Ethiopian administration, and the herder and his weapon were returned. In January 2019, an individual was killed in Takaba and the suspect escaped to Ethiopia through Banisa. Through activation of the protocol, Banisa administration contacted its counterparts on the Ethiopian side, who, through their intelligence, traced, apprehended, and repatriated the suspect back to Takaba. And, in February 2019, a criminal broke into a shop in Lulis village of Banisa and ran off to Mubarak in Ethiopia. Through this cooperation and networking of administrations, the culprit was apprehended at Mubarak and handed over to Banisa administration.

“We are cooperating with Ethiopia government and you cannot commit a crime and run,” reported Noah Tanui, DCC for Banisa Subcounty, during the PLA exercise at Malkamari held on April 2019. Mariam Salat Hassan, the Banisa sub-county administrator, commended the two administrations for their cooperation and collaboration in security enhancement in the region, which has made it possible to hold a meeting in Malkamari. All previous meetings between the administrations had been held in Kiliwahiri, Banisa, and Eymole, which were considered relatively secure.