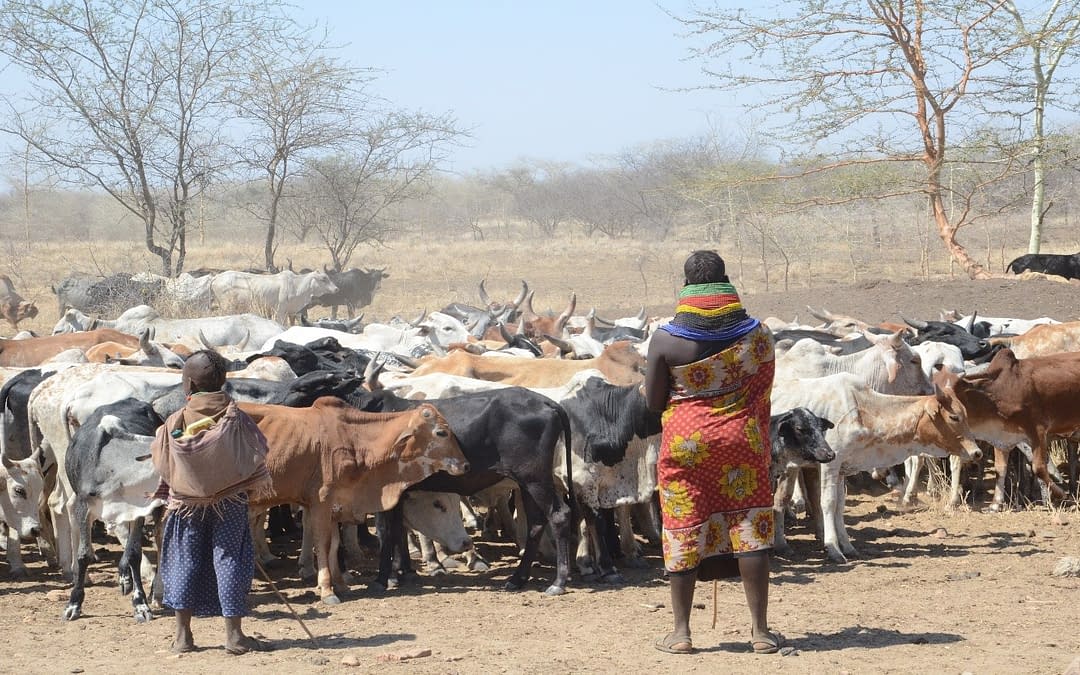 The Karimojong and Turkana pastoralist communities have long been known for conflicts over livestock and access to natural resources. But with sustained peace prevailing in the region, they are turning their attention to long-term development investments.

On 8 June 2018, a cross-border peace meeting was held in Namorupusi in Loima Sub-county of Turkana County to build unity among the Turkana of Kenya, and the Tepeth, Matheniko and Pokot of Uganda. During the meeting, the Karimojong, Turkana and Pokot appealed to the Governments of Kenya and Uganda to establish a technical institute along the border of Turkana and Karamoja to train the pastoralists’ children.

Mr. Mark Sagal, one of the elders and a resident of Rupa Sub-county in Moroto District said this would help to cement the prevailing peaceful coexistence, because children from both communities would interact more closely when they attended the school. Mr. Peter Lopuke, another elder from Loima in Turkana added that the school would raise the level of education in the region.

On 27 October 2018, during a cross-border peace evaluation meeting between the Karimojong and Turkana in Lokiriama in Kenya, elders urged the two governments to consider establishing a regional beef factory to add value to their livestock products and improve their livelihoods. Mr. Timothy Maruk, a Karimojong pastoralist, said that the factory would open up opportunities for the Karimojong, Turkana, Teso and Nyangatom to benefit from the East African regional markets. Mr. Moses Lokuruka, from Turkana, added that such a factory could also be a symbol of peace.

The peace meetings were supported by the Karamoja Cluster project and organizations that have been working to unite the pastoralist communities of Kenya and Uganda. The aim of the meetings was to jointly identify challenges and priorities for development, through what is now commonly referred to as the cross-border approach to development programming.

This cross-border approach has started to yield positive results. Lokuruka says: “We are very excited by the current peace and unity between us, the Turkana and the Karimojong.  We are now jointly demanding for services from our governments.”

The Karimojong handed over their guns to the Ugandan government and are living in relative peace alongside the Turkana. The Turkana pastoralists seasonally migrate to Karamoja with their livestock; cattle, donkeys, camels, and goats in search for pasture and water. However, sporadic conflict still affects the pastoralist communities on the Kenyan side.

“If the Kenya Government could disarm communities like Uganda did, we will live in absolute peace”, says Lokupe.

Dr. Dominic Kathiya Lokeris is a veterinarian and the coordinator of the Karamoja Cluster Cross Border Development Facilitation Unit.