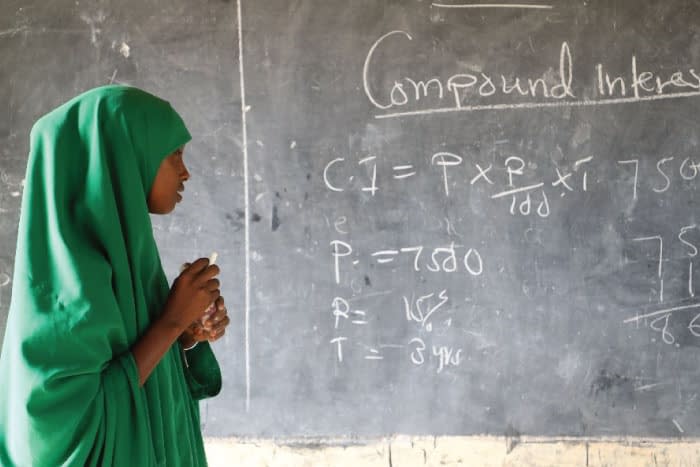 In the past year alone, the women from Mandera visited three schools in Mandera town (Township, Kamor, and Bulla Mpya), where they engaged 150 children on critical topics, including substance abuse, harassment of girls, early marriage, the importance of education, and violent extremism. The women got to hear first-hand students’ experiences with radicalization and how it has invaded the school and madrasa systems. Students were encouraged to report any incidences of enticement with cash, goods, or favors by strangers or even their relatives to participate in questionable actions.

After the sessions, the headteacher of Kamor primary school praised the initiative and recommended more regular (monthly) awareness sessions with students and the extension of awareness activities to other schools. As she explained: “A team of 5 females led by Abdiya visited Kamor primary school yesterday at around 11.15am to 12.50pm. They talked to 35 pupils who were drawn from different classes ranging from fourth grade to eighth grade. Several topics centering on challenges faced by girls and children were discussed. My pupils were very happy and as [of] today cases I never used to receive were brought to my attention. This is a clear indication of the success of the talks. I would request the same to be conducted on a monthly basis in every school as girls are now opening up and becoming confident.”

The women leaders conducted similar visits to four schools in Suftu, Ethiopia and nine schools in BeletHawa, Somalia. In addition to school visits, the women targeted football fields because they have become fertile grounds for radicalization. Youth addicted to chewing of Khat was also found to be a favored target for the extremist groups. “We learned from our interactions with the boys that radicalization is not only limited to the use of religion, but unemployment and use of drugs play a big role in getting youth enticed,” said Lul Mohamed, one of the women leaders.

As a result of RASMI program, the women leaders started voluntary mentorship of youth either at their homes or their neighborhoods to dissuade them from engaging in social ills and to prevent indoctrination into violent extremism. For example, Arfi Adow has mentored 30 youth in BeletHawa, Asli Ismail has mentored four youth from her neighborhood to stop them from using Khat, and Rosalia Adala from Mandera has mentored two girls who were about to drop out of school for early marriage; both girls opted to stay in school.