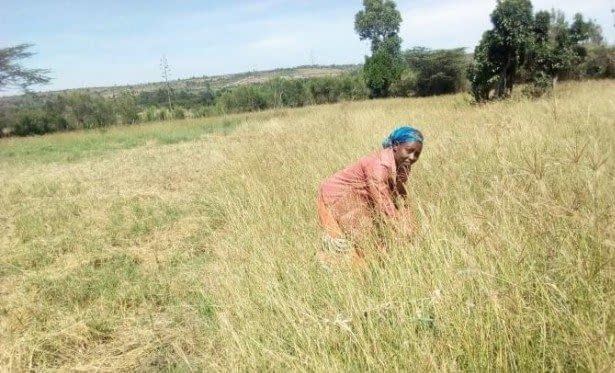 The Regional Pastoral Livelihoods Resilience Project (RPLRP) supported the formation of Kiribwet PFS, with 57 members, out of which 27 are women. By ensuring that men and women have an equal opportunity to actively participate in the PFS, women’s productive and financial capacity has been improved.

Over time, agro-pastoralists in Kiribwet, Kapsasian Ward in Transmara East Sub-county of Narok County in Kenya have faced challenges as they try to generate incomes from their daily livelihood activities. The Regional Pastoral Livelihoods Resilience Project (RPLRP) supported them to set up a Pastoral Field School (PFS) and identify and prioritise problems using the pairwise ranking participatory approach.

The analysis showed that the greatest problem was inadequate and poor dairy cow nutrition which led to low milk yields. The project developed a strategy to improve dairy cow nutrition through experimentation, regular meetings and training on topics suggested by the PFS members.

The facilitators of the PFS observed that the quality of livestock feeds in the community was still low and the levels of environmental conservation among the members were not satisfactory. They realised that if an integrated approach was developed, they would achieve sustainable improvement in livestock nutrition, environmental conservation and enhanced quality of life.

RPLRP supported the formation of Kiribwet PFS, with 57 members, out of which 27 are women. The National Government Affirmative Action (NGAAF) which promoted mainstreaming of gender issues and women group from the neighbouring area of Bomet trained the PFS members on how to produce improved energy-saving stoves.

The project supplied various improved pasture and fodders seeds like Boma Rhodes, and sweet potato vines to the PFS members, who bulked them. Demonstrations on how to propagate the seeds of various types of pastures were done to equip the farmers with knowledge on proper establishment and maintenance of pastures and fodder. The interventions were complemented by trainings and exposure tours to model farms in Chesoen and Ololulunga in Narok County.

After 52 weeks of regular activities, the PFS members conducted a field day to showcase the skills they had acquired and held a graduation ceremony to commemorate the completion of the learning period. 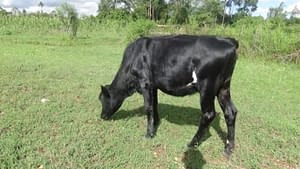 Many stakeholders helped the PFS achieve its objectives. The Narok County Government donated 500 seedlings and boosted table banking activities through a grant of KES 20,000 (approximately US $ 200). After graduation, the National Agricultural and Rural Inclusive Growth Project funded one of the PFS sub-groups with KES 500,000 to establish pastures and fodders on 3.5 acres of land. The Kenya Commercial Bank Foundation trained members on hydroponics farming, while the Department of Agriculture, Livestock and Fisheries, Narok County provided capacity building and supplied sorghum seeds.

The PFS members are now able to undertake routine livestock husbandry practices such as castration, dehorning, monitoring and reporting of livestock pests and disease incidences. Ninety percent of the PFS members established pasture and fodder. Their milk production practices have improved. Some of the members are practicing agro-forestry, while others have adopted water harvesting technologies. They have also learnt how to manage their finances more prudently.

The results of their activities have been positive. The milk production increased from the initial average of 2 litres per cow per day to an average of 7 litres per cow per day. The members market their milk through the Kiribwet Cooperative Society, which guarantees them timely payments. Their income from milk sales has thus been significantly increased. A bale of hay is sold for KES 200, approximately US $ 2, while 2 kilogrammes of fodder seed go for KES 100.

David Korir of Chelemei village is one of the members of the PFS. He produces and stores pasture for use during the dry season, and has constructed a small water pond for domestic use and farming. He has already started getting benefits from his investments. 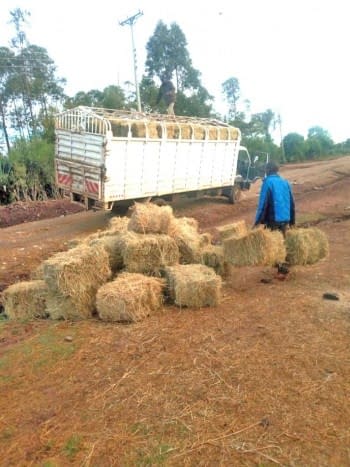 “I have sold 200 bales of hay and five bags of boma Rhodes seeds earning a total of KES 60,000. I used the money to purchase a dairy cow which is giving me 8 litres per day and I have bought iron sheets to construct a hay store,” he says.

By ensuring that men and women have an equal opportunity to actively participate in the PFS, women’s productive and financial capacity has been improved. Leah Soy, a member from Kiribwet, says the PFS has changed her living standards, particularly due to the increased milk production, from 2 litres per cow per day to 5 litres per cow per day.

“Milk demanded from my farm has been consistently high due to my ability to maintain a constant supply to the customers. For instance, during the festive season in December, I sell one litre of milk for as high as KES 45 per litre,” she says.

Like David, Leah has established pasture and harvests water so that she can sustain production throughout the year.

The members are contributing to environmental conservation by planting different tree species in Kiribwet, which is semi-arid. To date, more than 8,000 trees have been planted by the members. Most of the members have installed energy saving stoves, which are helping to reduce the amount of fuel wood used. The regenerating vegetative cover is already changing the landscape.