Regional fish trade in the Horn of Africa: Are we tapping the potential for food and nutrition security? 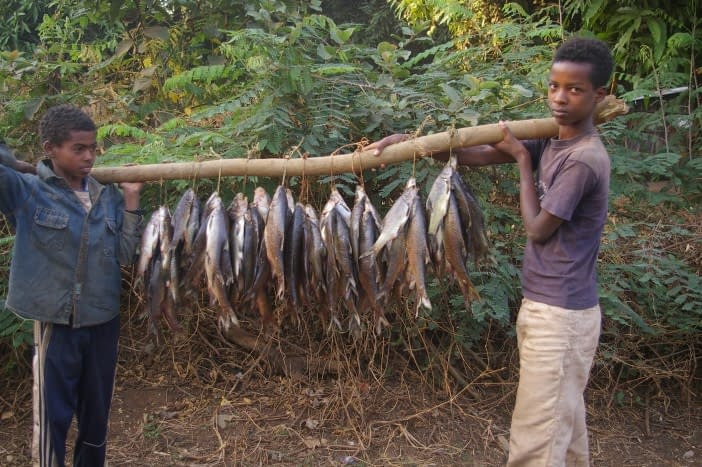 With a total production of more than 787,000 metric tonnes in 2010, the fisheries sector in IGAD Member States has been recognised as one of the important sectors contributing to food security, livelihoods and foreign exchange earnings.

The fisheries sector is dominated by inland fisheries, where the Nile Rivers and Great Lakes are located. Inland fisheries contributes more than 94 percent (capture and aquaculture) of the total fisheries production of the IGAD Member States. Contribution from marine fisheries is only 5.7 percent, produced by Somalia, Djibouti, Kenya and Sudan.

Freshwater fish like tilapia, Nile perch, carps (cyprinid) and catfish contribute more than 72 percent of total harvest. Tilapia contributes 26.7 percent followed by Nile perch (20.5 percent), carps or cyprinids (15.6 percent) and catfish (9.8 percent). Nile perch is mainly for export to developed markets, while the other three species are popular in the domestic and regional markets.

Regional trade is largely conducted informally by small-scale traders across the borders. The bulk of this trade is unrecorded, thus many consider it illegal. The products traded are mainly dried, salted and smoked fish, and a limited amount of fresh fish and second grade frozen fish. Uganda is the main fish supplier to the regional markets. The regional fish trade generates an average of US $ 35 million per year for Uganda. Illegal trade is carried out to avoid payment of taxes and tariffs, bypass government regulations such as those that prohibit selling undersized fish, trans-shipment on the sea or lake, etc. The governments of the IGAD Member States acknowledge the importance of cross-border trade. Efforts have been made to legalise and assist the stakeholders of this trade.

Fish maws from Kenya is also sent to Uganda, most probably for re-export to Far East markets. Dried, salted and deep fried Mukene from Uganda is exported to Kenya, DR Congo, Rwanda and Burundi and dried Omena is sent to Sudan from Kenya. There is one commercial processor in Uganda who exports salted sun-dried Mukene to the Southern African Development Community market. The Mukene Traders Exporters and Processors Association is promoting marketing and trade of Mukene products in both domestic and regional markets.

Fresh tilapia is exported from Uganda to South Sudan and Kenya, Rwanda and Burundi while fresh Nile perch is shipped from Ethiopia (Lake Rudolf) and Uganda (Lake Victoria) to Kenya.

In Kenya, the traders prefer to import fish as there is a readily available market. The districts receiving most of the imported fish are Busia, Amagoro, Kisumu and Kuria, although regional fish imports are also destined for the major urban centres of Nakuru and Nairobi. Kenya is also actively exporting fresh, chilled and frozen fishery products to neighbouring Ethiopia, Somalia, Sudan and Uganda.

Second grade frozen fish is sold from Uganda to regional markets, particularly Rwanda, Burundi and South Sudan. Imported frozen fish from Djibouti is re-exported to Ethiopia to cater to hotels, restaurants and modern retail outlets. Live lobster from Somalia’s Bajuni Islands is sent by chartered flight to Kenya while fresh fish from Zeila is transported to Djibouti. Fresh, smoked and dried products from South Sudan are also reportedly ‘exported’ to Sudan and Ethiopia. Regional trade is carried out by both men and women and the main means of transportation are boats and trucks. 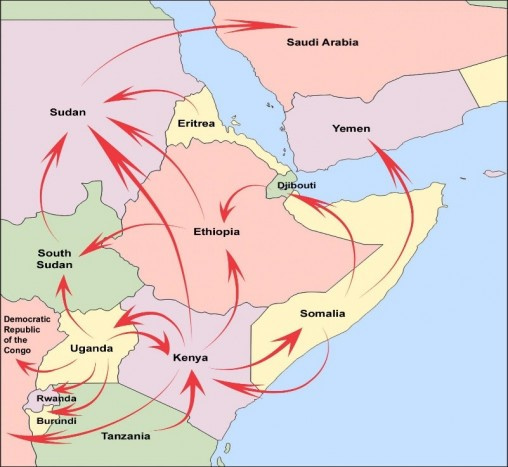 General Trade Flows of Fishery Products in the Horn of Africa.

Regional trade mainly consists of cross-border trade, whether it is legal or illegal. According to various national reports, illegal trade usually refers to informal trade, which is traditionally done by small-scale traders from both sides of the border and illicit trade is done by traders who try to escape government regulations related to tax and tariff, illegal products (e.g. undersize fish), trans-shipment on the sea or lake, etc. The governments of the IGAD Member States acknowledge the importance of cross-border trade and efforts have been made to legalise and help the players of this trade. Illegal trade, particularly involving Illegal, Unreported and Unregulated fishing and undersized fish, has significant impacts to the management of fish resources. 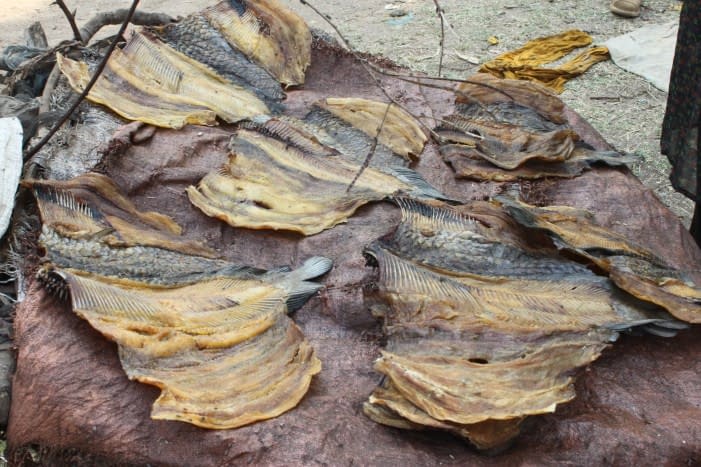 Piles of Nile tilapia-Oreochromis niloticus mainly from Alwero Reservoir, at a fish market at the outskirts of Abobo Town. Credit: Abebe Getahun.

A survey within IGAD Member States reveals that the main reason for illegal trade practices or cross-border trade is a better demand and/or better price offered by neighbouring markets. Most of the respondents interviewed, whether producers, middlemen, traders or retailers, said that cross-border markets offer better opportunities in terms of demand and price. The other reason is to avoid government tax and red tapism such as quality certification, licence requirement etc. Only a small percentage of the respondents gave reasons like lack of demand in the local market for particular fish and products. It is interesting to note that generally, traders have limited tie-up arrangements with their cross-border buyers.

Illegal trade in fish and fish products in Somalia mainly happens on the high seas. For example, in the areas where the Yemeni boats operate, fishermen who catch sharks as by-catch during fishing for large pelagic fish, sell them whole, complete with fins to the Yemeni boats for the sake of convenience. However, it is not possible to estimate the total production of this fishery and the amount of revenue it generates.

It was reported that before and even right after the independence of South Sudan from the Sudan, the fish trade route from the south northwards was continuing until recently, when border disputes between the two states erupted and destabilised marketing of fish and other fisheries resources from South Sudan to Sudan.

In Sudan, illegal trading practices are insignificant in freshwater fish. This is due to the nature of the inland resources, which depend on the Nile system and its tributaries. Sudan is neighboured by Egypt in the North, and South Sudan in the south. There is a limited amount of wet salted fish traded across the border with Egypt. Some sporadic illegal trading was known to happen across the Red Sea to Saudi Arabia (shrimp, high value fin fish and shell fish), prompted by higher prices and good demand.

There are some reports of illegal cross-border trade between fish traders in lake areas, along the borders of Ethiopia and neighbouring countries. Nile perch and other fish caught from the Ethiopian part of Lake Turkana (formerly Rudolf) are ‘exported’ to Kenya and Uganda; while fish harvested from Gambela and Benshangul Gumuz cross over to South Sudan.

What can be done?

The regional trade in fishery products is not yet developed; it is dominated by traditional cross-border trade and in many cases it is illegal, involving mainly undersize fish, dried, salted and smoked products. In addition to this, transportation network and infrastructure facilities connecting IGAD Member states are generally poorly developed. Currently, the fisheries resource in the region is underexploited and not contributing much for food and nutrition security and resilience building. It will be advisable to develop integrated regional programme to improve the production and marketing of fish and fish products in the region

Eshete Dejen (PhD) is an Ethiopian National currently working as Fisheries Expert at the Agriculture and Environment Division of IGAD, Djibouti.