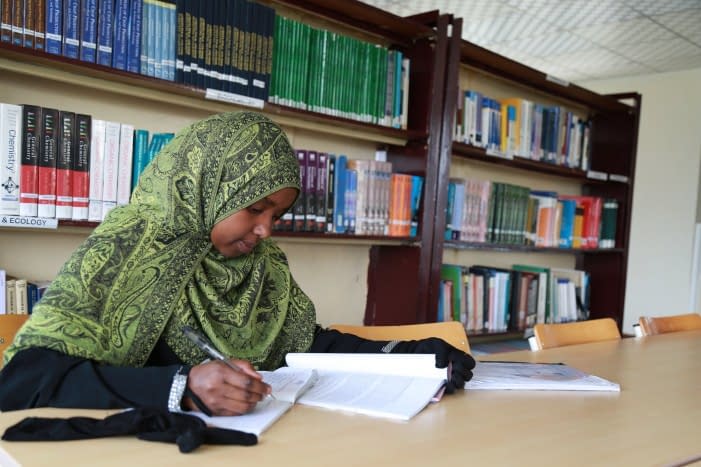 Access to, and application of knowledge, as well as the evolved and integrated skill-sets, which are critical for building resilience, are required for the effective implementation of the IGAD Drought Disaster Resilience and Sustainability Initiative (IDDRSI)

The IGAD region has, over the past seven years, embarked upon the implementation of the IGAD Drought Disaster Resilience and Sustainability Initiative (IDDRSI): a comprehensive undertaking aimed at building the resilience of drought-prone communities, which is being executed in a concerted, coordinated manner throughout the region. The IDDRSI Strategy prescribes a set of intervention and investment possibilities as a framework through which recurrent drought and various related challenges and vulnerabilities, can be analysed, understood and effectively addressed. Within the framework of its Priority Intervention Area (PIA 5) on research, knowledge management and technology transfer, the IDDRSI Strategy identifies the need to enhance the generation, application and integrated management of research, knowledge, technology and innovations for resilience building in the IGAD region.

The IDDRSI Strategy observes that the economic and social development of the IGAD region depends on the judicious exploitation of its natural resources, including water, pasture, land, range and forest and non-wood forest products. The strategy also recognises that the sustained development of a society depends on the quality and quantity of its skilled and knowledgeable human capital. Thus access to, and application of knowledge, as well as the evolved and integrated skill-sets, which are critical for building resilience, are required for the effective implementation of IDDRSI. 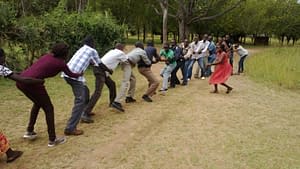 The investments in the volume of knowledge, technical skills, creativity and relevant experience, which are needed to advance the region’s drought resilience agenda, should be examined under the rubric of optimising the productivity of the region’s resources. Human capital describes an intangible collective resource possessed by individuals and groups within a given population. It includes all the knowledge, talents, skills, acumen, abilities, experience, intelligence, training, judgement and wisdom possessed individually and collectively, the cumulative total of which represents a form of wealth available to a nation or a region to accomplish their goals. Human capital includes the stock of habits, knowledge, social and personality attributes (such as creativity), which are embodied in the ability to perform work that will lead to economic value. Human capital is unique and differs from any other capital; and just like any other capital, it is needed for achieving our set goals in all areas of human endeavour, enabling us to remain innovative and competitive.

Investment in human capital can be made through education and training to achieve and sustain improved levels of quality and production. A country, or a company or an organisation is often said to be as good as the people who make up its human capital that are critical for its success. Human capital is the backbone of human development and economic development in every nation. Long-term economic growth depends on improvements in human capital.

The problem of scarcity of tangible capital in the labour-surplus countries can be resolved by accelerating the rate of human capital formation with both private and public investment in education and health sectors of their national economies. The tangible financial capital is an effective instrument of promoting economic growth of the nation. The intangible human capital, on the other hand, is an instrument of promoting comprehensive development of the nation because human capital is directly related to human development, and when there is human development, the qualitative and quantitative progress of the nation is inevitable.

Investments in education, health and other areas relevant to knowledge and skills can help expand livelihood opportunities and cause long-term changes in cultural and gender norms, leading to more resilient households and communities. Diversifying livelihoods to reduce risk can be an important source of resilience, but may require additional education and skills training. Moving into higher income livelihoods, in particular, usually requires increasing human capital in the form of education.

Building women’s human capital can have a particularly high impact on household resilience. It is widely acknowledged that higher levels of education in women are linked to better health outcomes for women and children and generates an increased ability to diversify income beyond subsistence agriculture. Studies in Ethiopia have shown that education or training of adult household members helps build resilience and reduces the need for humanitarian assistance; and from studies in West Africa, there is evidence that girls’ education and reproductive health are linked to resilience. However, a number of barriers exist to building human capital, especially that of women, including cultural and gender norms that limit women’s decision-making power, weak and fragile systems at the local level to provide education and health services, and uncertain donor funding streams for reproductive health and girls’ secondary education.

Streamlining gender in the IDDRSI Strategy and related IDDRSI programming guidelines was undertaken against the background of the acknowledged importance of gender in the implementation of IDDRSI. In today’s era of globalisation, greater movement of workers has enabled skilled workers to move from low-income countries to higher income countries. However, this brain drain, also often referred to as human capital flight, has had adverse effects for developing economies that lose their best human capital.

The IGAD region aspires to have modern human capital development facilities, staffed with trained personnel. The education sector needs to incorporate a demand driven curriculum that will enable increased access to relevant and quality education at all levels in ASALs. Affirmative action to facilitate progression from primary to secondary and tertiary education for students from ASALs is greatly needed. ASALs communities need to be strengthened and empowered through promotion of collective action in form of community groups, cooperatives and producer organisations. The limited urban employment, inadequate enforcement of labour laws and standards aggravate the ASALs human capital problem. The region is also constrained by high fertility and mortality, as well as reverse migration from the high-potential areas.

There is acute understaffing in all sectors including education because most qualified personnel avoid being posted to the ASALs areas, which are considered remote due to poor infrastructure and limited social amenities. Girls are particularly disadvantaged due to vulnerability during conflicts and cultural biases and practices. There is need to increase the participation rates in all sectors of education and training in the region as a long-term measure to address human capital challenges and support livelihood diversification. The concept of human capital has relatively more importance in labour-surplus countries. These countries are naturally endowed with more of labour due to high birth rate under the given climatic conditions. The surplus labour in these countries is the human resource available in more abundance than the tangible capital resource.