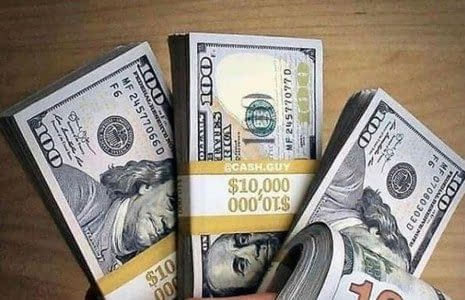 In February 2020, The Assembly of Heads of State and Government of the African Union declared 2020 to 2030 the new Decade of Women’s Financial and Economic Inclusion. This declaration and the decade’s theme give us an opportunity to consider how women’s economic and financial empowerment can be enhanced in drought prone areas. This article highlights the possibilities provided by savings groups.

Drought has differing effects on women and men. Their roles in the households and society are traditionally different, and these gendered roles define what kind of implications drought has on them. In the drought prone areas of the IGAD region, women tend to have more responsibility over reproductive activities and drought often increases women’s workload, for example by increasing the time needed to collect water. During this time, they are also expected to participate more actively in productive activities to ensure sufficient livelihood for their families when agriculture or cattle herding becomes more difficult, or when men migrate in search of employment. However, women have less access to assets and decision making and control over resources than men. This imbalance makes women vulnerable in drought disaster situations.

Economic and financial inclusion is an important factor in resilience. Economically resilient households and individuals are more prepared for shocks, can mitigate the consequences and are not forced to rely on costly coping strategies that could make them heavily indebted.

Due to social norms, fewer possibilities are available for women to economically adapt to drought situations in which some income sources vanish. Women and other vulnerable groups are often least served by formal financial mechanisms and institutions because of social, legal and logistical restrictions. Loans and credit are usually less accessible to women because land, cattle and other assets are owned and controlled by men. A savings group in the local community with low requirements for membership helps to overcome these restrictions. There is evidence from all over the world that savings groups essentially enhance women’s economic resilience in situations of shock, such as drought, floods or earthquakes.

Savings groups provide women a possibility to use micro-loans when needed. Saving through savings groups instead of in assets such as livestock creates financial security, as livestock may be susceptible to drought and other shocks. Money saved through saving groups is also easily available in shock situations, unlike savings in other assets that need to be liquidated.

Savings groups increase savings behaviour by creating a social commitment to save. This effect can be strengthened by special commitment devices; members of a saving group state goals for saving or label savings to be used for a specific purpose – such as in time of drought or for business development. Even voluntary and non-binding commitments have proved to steer the saving and spending behaviour of members. Commitments may also protect the savings of women with little bargaining power in their households from being controlled by other people.

To address women’s economic and financial inclusion in drought prone areas, evidence shows that it is important to engage men. Because of traditional gender roles and the view of men as main breadwinners, women’s participation in savings groups or business activities can create resistance among men. Men need to be included in the processes to show them how women’s economic activities benefit the whole community. For example, the Gender Action Learning System (GALS)  methodology, in which men and women use visual ways to plan a future they would like to see, has been successful in placing gender equality in the focus in savings groups. It has helped families plan and save together for a future that is beneficial for all.

Participating in savings groups together with women can also benefit men. Even if men in the communities hit by drought in the IGAD region usually have more economic opportunities or access to assets than women, many of them are, nevertheless, in vulnerable positions and struggle financially; savings groups enhance poor men’s economic and financial inclusion. Additionally, when men and women engage in savings groups together, it increases gender equality in households and creates an environment where men and women work as equals for a common goal. This can positively challenge not only women’s role, but also men’s role in the community.

Women as active agents of change

In savings groups, women do not only save and access credit. They practice business skills, public speaking, and negotiation, decision making processes and possibly become more visible in the public sphere, which empowers them to become leaders in their communities. Participating in savings groups can develop their confidence and capacity to learn, practise new ideas and plan ahead. Women’s role and status are enhanced when their communities see that they are generating income which benefits the whole community. This can have long-lasting influence on gender relations in their communities more broadly.

In the drought prone areas of the IGAD region, women are already active agents who run households and businesses, coordinate relief activities and provide support for each other and their communities. This central role of women must be recognised in all resilience projects. Savings groups formalise the role of women, create gender equality and increase women’s economic and financial inclusion.

Fischer, A. (2016). Hope dries up? Women and girls coping with drought and climate change in Mozambique. Maputo: CARE International in Mozambique.

Oxfam. Imagining the future. The GALS methodology for livelihoods improvement and gender justice.

Quandt, A. (2019). Variability in perceptions of household livelihood resilience and drought at the intersection of gender and ethnicity. Climatic Change, 152(1), 1–15.

Wheaton, A. (2019). Where are the Men? How Male Engagement in Savings Groups Can Contribute to Financial Inclusion and Women’s Empowerment. The SEEP Network.

World Bank (2011-2012). Guidance Notes on Gender Issues in Disaster Risk Management in the East Asia and the Pacific Region.

Maija Santalahti was an intern in the IGAD Gender Affairs Programme and currently works for the Ministry for Foreign Affairs of Finland.