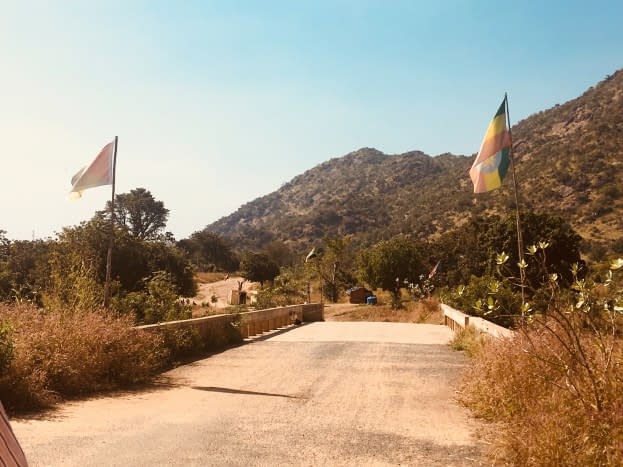 Since 2019, a cross-border collaboration programme has been implementing activities aimed to develop and enhance income-generating opportunities in the border area of Benishangul-Gumuz Region (Ethiopia) and Blue Nile State (Sudan), as a means of strengthening the population’s resilience to instability and displacement and to improve overall living conditions. 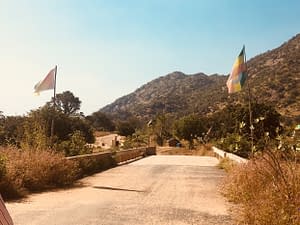 Populations across the Horn of Africa, particularly those in borderland areas, face frequent challenges related to food insecurity and violent conflict. These remote populations often lack access to basic social services and infrastructure and must contend with limited employment and education opportunities and recurring food shortages.

However, based on strong historical, cultural and family ties between the border populations, increased cross-border trade and market access are prospects that can offer viable opportunities for economic development.

The border area between Benishangul-Gumuz Region in Western Ethiopia and Blue Nile State in Eastern Sudan is home to over 1.6 million people, the majority of whom live in rural areas. Though relations between populations have generally been peaceful, a recent influx of migrants, refugees, and internally displaced people has increased pressure on the use of communal resources, such as grazing land and water. This has led to increased tensions between the communities. Proactive efforts to resolve these issues are urgently needed to strengthen the resilience of border communities, ensure overall stability and improve sustainable economic development of the region.

The GIZ Cross-Border Collaboration Programme in Eastern Sudan and Western Ethiopia aims to develop and enhance income-generating opportunities in the border area of Benishangul-Gumuz Region (Ethiopia) and Blue Nile State (Sudan) to strengthen the population’s resilience to instability and displacement and to improve overall living conditions. As one of its focus, the Programme targets the economic needs youth and women.

The Programme, which is being implemented by the Deutsche Gesellschaft für Internationale Zusammenarbeit (GIZ) GmbH, was commissioned by the European Commission and is funded through its Emergency Trust Fund for Africa (EUTF Africa) and the German Federal Ministry of Economic Cooperation and Development (BMZ). The Intergovernmental Authority on Development (IGAD) and the governments of Ethiopia and Sudan are the political partners and on the sub-national level, the Governments of Benishangul-Gumuz Region and of Blue Nile State and their subordinated structures are the main stakeholders.

Activities of the Programme are aligned to the policies of the national Governments of Ethiopia and Sudan and to the regional strategies of IGAD. 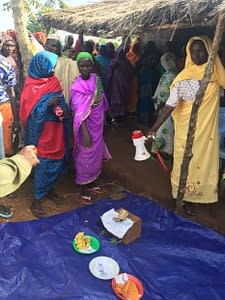 The Programme supports the establishment of Community Saving Groups in the Benishangul-Gumuz Region in Ethiopia so women become more resilient and can accumulate funds for investments in agricultural development including cross-border trade. Credit: GIZ/Maike van Ueuem

The Programme implements activities in pursuit of three interlinked specific objectives: (i) improving livelihood opportunities as well as promoting economic development and greater resilience among vulnerable youth, women and displaced persons; (ii) preventing conflicts or mitigating its impacts through the promotion of conflict transformation mechanisms at regional and local level; (iii) supporting effective transboundary cooperation and coordination of cross-border initiatives.

Together with its implementing partners, the Programme developed strategies and concepts for diversifying and increasing income-generating opportunities; assisting smallholder farmers, including cooperatives and unions; capacity development in the areas of livestock keeping and mobility (e.g. reopening and demarcation of livestock corridors); and improved production, processing and (cross-border) marketing of horticulture/crops, fisheries  and timber and non-timber forest products.

To promote effective cross-border collaboration in the various sectors of agricultural development, temporary labour migration, improvement of basic social infrastructure, conflict transformation, vocational education and cross-border trade, the Programme will support the Joint Border Development Commission of both regional states and strengthen their capacities for joint planning, effective implementation and close monitoring of new cross-border initiatives at local and regional government level. In cooperation with IGAD, the Programme will also facilitate experience and knowledge exchange with actors in other cross-border regions in the Horn of Africa.

For instance, as part of their aim to enhance cross-border cooperation, Ethiopia and Sudan agreed on a bilateral trade directive for small-scale border trade in 2001. Border communities are therefore allowed to lawfully import and export a limited amount of basic consumption commodities. However, the highly bureaucratic nature and other regulatory pitfalls of this trade directive make formal trade very time-consuming, largely inefficient and hardly beneficial for the border communities.

To address such common regulatory challenges and trade restrictions in the border area, the cross-border cooperation initiatives of the Programme seek to bring together representatives of communities and decision-makers on both sides of the border to adapt existing legal policies and protocols to the local context and to improve sustainable economic development of the border region. The overall aim is to increase coordination, improve trade and labour opportunities and ease cross-border exchange.

The Programme was initiated in April 2018. So far, recruitment of experts, setting up project structures, conducting assessments, facilitating procurement of equipment and machineries, and contracting implementation partners has been finalised. Implementation of activities has begun and first results will probably be available in the coming months.

Jens Knickenberg is an Advisor for Cross-Border Collaboration and Nuria Grigoriadis is an Advisor for Monitoring & Evaluation, Communication and Knowledge Management. They both work for the GIZ Cross-Border Collaboration Programme in Western Ethiopia and Eastern Sudan. For more information on the project, contact the Programme Manager Mr. Gerhard Mai (gerhard.mai@giz.de).